FROM IKSHVAKU TO ISTVAEONES 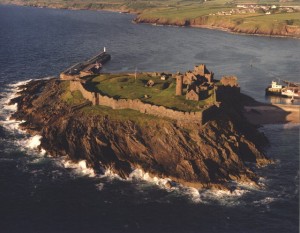 Isle of Man reminds us of Manu, Who founded Ayodhya

After talking about Fire worshiper and Yama worshiper tribes (Gothic) of Europe now let us look at Ikshvakuvanshis who migrated to Europe. Jacob Grimm says in his book “ Deutsche Mythology” that “ Iscaevones” is perfact term for “ISTVAEONES”.

Iscaevones
The term Iscaevones does not remind of Manu’s son “ Ikshvaku” ? Ikshvakuvanshis who migrated to Europe also give their witness to other sons of Manu who rescued in “Great Flood”.Wikipedia says that “Their name was recorded in Germania by Tacitus, a 1st century Roman historian, who categorized them as one of the tribes of the sons of Mannus and labelled them as those tribes who were neither Ingvaeones nor Irminones. The Istvaeones were the tribe of Istaev, son of Mannus. They dwelt around the Atlantic coast (modern day Netherlands, Belgium and northern France) as well as the Rhine and Weser river systems from perhaps 500 BCE, until the differentiation of localized Teutonic tribes (Chatti, Hessians, Franks) in that region circa 250 CE. There is also evidence some of them merged with the North Sea Germans (Ingvaeones).

Means the migration had nothing to do with Alexander’s invasion on India. Means cause of migration is unknown. (For this pl look at the note belove)Like America , do they reached Europe accidently ? Rulers of Capisa (Afghanistan) were Berhtvanshis (means Bharatvanshis). We have remembered that the sons of Bharat founded Taxshila and Takshkand ( present day Tashkand) and Peshavar (Pushkalavati). To our surprise there is “Balkh” province in Afghanistan and “Balkans” region in Europe. There is “Baltistan” in pak occupied Kashmir while there is Baltic states in Europe. Don’t you feel that these Iscaevones have natural connection with Ayodhya?

“AVASTHYA” who came to Ayodhya to meet Manu is still in the centre of European culture and religion in form of “ o’vateis”and “Vatican”.
Goddess Tara was also be worshiped in Europe. If we read the ancient history of present day country “ Estonia”, then we come across the fact that there was “Tharapita “ in the country. Taarapita or Taara is a god in Estonian mythology. The holy place was also well known to Vironian tribes in northern Estonia. Taara was known by the Tavastian tribe of Finland. An old cult place now known as Laurin Lähde (Lauri’s Fountain) in the county of Janakkala. In Estonia and finland they ues suffix “Maa” after most of towns and province names. In Ireland royal coronation ritual was held at “Tara hill”. One can see pictures of Tara hill on net. In the book “ Kafirs of Hindukush” we can see list of tribes (page -75) who faught against Islam for long thousand years. In that list there is the name of “Viron or presunvir” tribe. We find the same Viron tribe in Estonia country.

(Book link to: The kafirs of hindukush is there in preface of the book)

Ikshvakuvanshis went far away from Tibet and Bharatvarsha. But to remember family first person Manu there is “Isle of Man” near Britain. (Photos are on net) Yes ,British and French royal dynasties were “Ikshvkuvanshi”. Still you doubt? 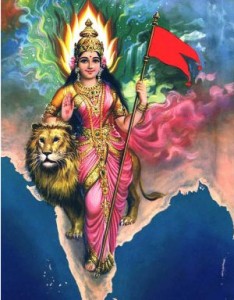 Similarity between Bharatmata and goddess Britania

The statue and picture of “Goddess Britannia” also tells further truth. Before 12th century “DEVI” word used in Europe. Description about Britannia clarifies that, “Britannia is an ancient term for Great Britain, and also a female personification of the island.” There is picture of Bharatmata also be put herewith 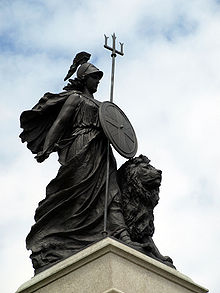 Look at similarity between Godess Britannia and Bharatmata

Originaly Bharatvarsha founded in Tibet. 13 Manu borned and ruled in Himalaya. 14th Manu established Ayodhya after great flood. That way Bharatvarsha enlarged and spread outside Himalayan range with foundation of Ayodhya. Our Puran and ancient history mentions that Yama , brother of Manu reached at seashore at far west (That is Europe?) after great flood.

History mentions that our Tamil Pandyan rulers had diplomatic relation with Rome. The Tamil word “Pandy” stands for “Bull”. Pandyan rulers commenced tradition of Bull –fighting in Tamilnadu. It is surprising that now a days bull –fighting tradition only prevail in Tamilnadu as well as Portugul –Spain only. These Pandyan people fought Mahabharat war for Pandav cause and faught against Dron.
If you look at Celtic tribe list on net than you will find Tamil CHERA ROYALS and CHOLA ROYALS in the form of “Fir chera “and “Cholmain” in the celtic tribes list. Andhra is named after Moonline dynasty ruler Andira(Son or Turvasu).
In Tulsi Ramayan there is pathetic description of “Sita tyag” event . After reaching back Ayodhya Ram had to abandon Sita ,and Sita had to vanish in Mother earth. Today even we criticise Ram for his this act. We say that why and how Ram abandoned Sita due to criticism by only single man? But now it is clear that Tulsi might have mentioned symbolically a single man criticising Sita. Otherwise in fact there might be more than one critic. Yes ,Otherwise why Ram abondoned Sita?
No, there were not critics only . Some people were also there who calling back Sita with anxiety. Before few days these poetic lines reached me. One old women utered in hindi language that….

Note – When the article published on 2 December, 2010. The cause of migration by Germanic tribes unknown to me. But after further study I can find perfact reason of migration. Saviour drought in Bharatvarsha was the cause of migration. The evidence of this historical Drought is there in Sambhar. Devi Shakambari gifted Sambhar lake to drought prone people in 500 B.C.. In the memory of this event there is Goddeess temple there at bank of sambhar . There is one Germanic tribe named Sicambari.Sicambari tribe stands for Goddess Shakambari , Sikar and Sambhar.Now we have clues to this great migration by Germanic tribes. We have to search all Germanic triebes with thiese clues. You can visit my Fb account. I have put all the historical facts on fb account “chandrakant marwadi”.