After Kaling – Salwa – Salzburg –Satyavan and Madra too…

Previous post about Germanic triebs signals that Uralic people of Northern Europe has connection with Kaling , ancient kingdom of Bharatvarsha. Surprisingly now we can look to the historical clues to Salwa And Madra kingdoms of ancient Bharatvarsha in Slavic tribes.
Satyawan and Sawitri
Dyumantsena was the father of Satyavan, the famous prince who wedded the Madra princess Savitri. in course of time Dyumantsena became blind. And that blind king possessed of wisdom had an only son. And it so happened that an old enemy dwelling in the vicinity, taking advantage of the king’s mishap, deprived him of his kingdom. 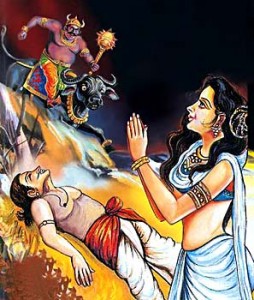 And thereupon the monarch, accompanied by his wife bearing a child on her breast, went into the woods. His son, born in the city, began to grow in the hermitage. The Brahmanas have named the son Satyavan. In his childhood he took great delight in horses, and used to make horses of clay. And he used also to draw pictures of horses. And for this that youth is sometimes called by the name of Chitraswa. The Madra princess Savitri knew about this prince and fell in love with him. Later she married him. Dyumatsena’s minister somehow slew the enemy king and Dyumatesena regained his kingdom. The famous prince Satyawan was from Salwa. He married the Madra princess, Savitri, the daughter of Madra king Aswapati. 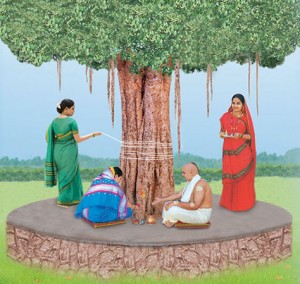 Their history is a famous narration in Mahabharata. Seven chapters 3:291 to 3:297 is dedicated to this history of Satyavan and Savitri. Savitri brought back her husband Satyavan from the grip of Yama.Indian tradition still remembers Savitri in form of Vat -Savitri vrat.

Great Mahatma Arbindo wrote epic poetry on subject named “Savitri”. For Bharatvarsha characters of Satyavan and Savitri were that much precious.
Ancient Salwa and Madra kingdom 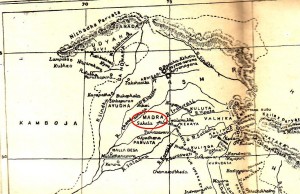 Salwas were included in the kingdoms that falls in the larger circle of the mainstream culture propounded by the Kurus and Panchalas.The Kauravas with the Panchals, the Salwas, the Matsya, the Naimishas, the Koshala, the Kasapaundras, the Kalingas, the Magdhas, and the Chedis who are all highly blessed, know what the eternal religion is. (8:45).

The Madra tribe and Salwa tribe had a common origin as hinted by a myth at (1,121). Here the origin of these two tribes were attributed to a king in the race of Puru, known by the name of Vyushitaswa. His wife was Bhadra. Seven sons were born to Bhadra, after the death of Vyushitaswa. Later they all became kings. Three of them became the three kings of Salwa and four of them became the four kings of Madra.Bratislava is capital of Slovenia. Is it clue to Vyushitaswa – Common ancestor of Salwas and Madras?

Tribes of Bhoja –Clue to Byzantine?

History says that the eighteen tribes of the Bhojas, from fear of Magadha king Jarasangha, have all fled towards the west; so also have the Surasenas, the Bhadrakas, the Vodhas, the Salwas, the Patachchavas, the Susthalas, the Mukuttas, and the Kulindas, along with the Kuntis. And the king of the Salwayana tribe with their brethren and followers; and the southern Panchalas and the eastern Kosalas have all fled to the country of the Kuntis.

Yes triebes of Bhoja is clue to Byzantine. Slavic stands for Salwa?

The Salzach is a river in Austria and Germany. It is a right tributary of the Inn and is 225 kilometres (140 mi) in length. It is the main river of the Austrian state of Salzburg. The source is located in the Kitzbuhle Alps near Krimml.

While Salzgurgh “Salt Castle”) is the fourth largest city in Austria and the capital city of the Federal state of Salzburg.
Salzburg’s “Old Town” (Altstadt) has internationally renowned for architecture and one of the best-preserved city centres north of the Alps. It was listed as a Unesco world Heritage site in 1997. The city is noted for its Alpine setting. 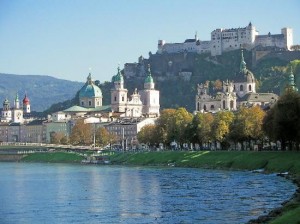 salzburg-fortress at the bank of Salzach river

Salzburg was the birthplace of 18th-century composer Wolfgang Amadeus Mozart. In the mid-20th century, the city was the setting for parts of the American musical and film The sound of Music.
Traces of Human settlement have been found in the area dating to the Neolithic Age. The first settlements at Salzburg were apparently begun by the Celts around the 5th century BC.
You please look at a book “Language and culture in the Near East
By Shlomo Izre’el, Rina Drory” .On page no. 261 you will get clue to Salwa.Aisa bhi hota hai?

And now Madra or Madrid?

Madrid is situated in the centre of the Iberian peninsula, therefore made capital of the kingdom during the period of the Austrias. History of Madrid says that the Austrias finally settled the capital in Madrid. Felipe II appointed Madrid in 1561, despite the reticence of Carlos I, who preferred Toledo or Lisbon. Means Ausria is clue between Salzburgh (Salwa) and Madird (Madra).aisa bhi hota hai?

Surprisingly there is Zala river in central Europe.
The Zala is a river in south-western Hungary. Its source is in the hills on the borders with Austria and Slovenia. While Zalavár is a village in Hungary, located in the Zala county. It is located around 9 km (6 mi) southwest of the Lake Balaton.

In the 9th century, the city of Blatnograd/Blatnohrad, a fortified city built at the Zala river, was a capital of the Slavic Balaton principality ruled by prince Pribina (“Privinae civitas, munimen, castrum in nemore et palude Salae” in a Salzburg chronicle).

Now a days the area of Zalavár in western Hungary has long been one of the most interesting archaeological sites of medieval Hungary, especially for the Carolingian period. The area has been idetified with Mosaburg, where the Slavic prince Pribina established himself around 840, after he was expelled from Nyitra (Nitra, Slovakia) 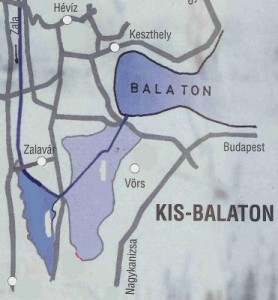 Lands in the area were granted to him by Louis the German. In the late 9th century, Arnulf of Carinthia had his seat there, before he became Holy Roman Emperor at the end of his life. This late Carolingian flourished until the time of the Hungarian (Magyar) conquest of the Carpathian basin, including the area of Pannonia. Later, in 1019, King St. Stephen established a Benedictine abbey at Zalavár, and by the 12th century, a new castle was established there.
Last shricks of Kafirs of Hindukush

Surprisingly Kafis of Hindukush who were fighting against Islam for 1000 years at the very gate of Bharatvarsha , were aware about all these historical facts. One of the Kafirs was telling Robertson ( Author of the book) that Robertson belong to his (Kafir) clan. Kafir stated following truth (in 1895 A.D.), before “ Wall of Berlin” emerged . Kafirs explained to Robertson the dividing line between diffrrent Kafir tribes setteled in Kafiristan. So that very dividing line was cause for Berlin wall? Robertson narrates Kafir’s statement in his book “ Kafirs of Hindukush” and says…
Link to book

“The Katirs in the Bashgul valley informed me that they came from the west, and were once part of a numcroiis tribe which divided into two parties.One division, consisting of all the wealthy and other notable persons, went to London, while the other, comprising menials only, settled in Kafiristan. This depreciation of themselves is in the true spirit of Oriental politeness. They warned me not to trust the Kam, or to believe them for an instant if they declared that they and I were descended from a common ancestor ; for it was notorious that it was the Katirs, and not the Kam, who were of my race, the Kam being really more akin to the Russians. This also indicated that the Kafirs of the Bashgul Valley know something of the antagonistic sentiments with which the English and the Russians are supposed to regard one another in the East.” (page 160)

If you read the book “Kafirs of Hindukush” then you will realise that author Robertson was knowing something more than that. Aisa bhi hota hai?