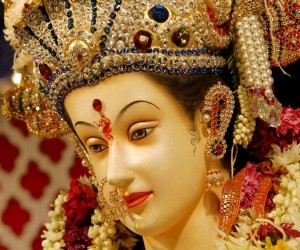 Mythology says the limbs of Maa Sati sprinkled throughout the Indian subcontinent
The mythological texts recognize four major Shakti Peethas, i.e. Tara Tarini (Stana Khanda)near Berhampur, Bimala (Pada Khanda) inside the [[Jagannath Temple (Puri), Kamakshi (Yoni khanda) near Guwahati and Dakhina Kalika (Mukha khanda) in Kolkata among the four Adi Shakti Peeths. Apart from these, there are 52 other sacred Shakti Peethas, which originated from the limbs of the corpse of Mata Sati in the Satya Yuga.

If look into ancient mythology than Tara, a young maiden of unusual charm and beauty, had married Brihaspati, the preceptor of devas. Once Tara went on a visit to the ashram of Atri rishi and his wife Anasuya. There she encountered their son Chandra who was immediately attracted to her and she too responded favourably to his approaches. Their relationship soon grew into a romantic liaison and in due course of time Tara abandoned her household and moved in with Chandra.

There was now no way out and Indra amassed an army of devas and their forces to mount an aggression on Chandra so as to compel him to surrender Tara to her husband. At this juncture Shukracharya, the guru of daityas, came to know of these happenings. Because of his long-standing rivalry and animosity towards Brihaspati, he volunteered to help Chandra in his fight against Indra.

A terrible war then ensued which became known as Tarkameya. It went on for a very long time.

Note : Tarapitha of Istonia has definately had connection with Goddess Tara.