Previously we checked European history with historical benchmark date 500 B.C.Germanic tribes reached Danube in 500 B.C. Now let us check the history with historical benchmark date 279 B.C. In 279 B.C. Galic tribes saked Greece and Macedonia in leadership of Brennus and Bolgoius. Gallic groups, originating from the various La tene chiefdoms ( Dash Rajan?), began a south-eastern movement into the Balkan penindula from the 4th century BC. Although Celtic settlements were concentrated in the western half of the Carpathian basin, there were notable incursions, and settlements, within the Balkan peninsula itself.

History says that after Great Raid – Greece , Rome and Macedonia remained there geographically but Rulers were changed. Galic tribes Started rulling Rome. One has to study that part of history. New kingdoms and towns emrged founded by several Galic tribes says about their roots.

I already mention that History of Anatolia is clue to connection between Bharatvarsha and Europe. Bythinia colony founed on very border of Macedonia took the leadership of War against Macedonia and Greece. Bythinia invited soldiers from world over. We find some Indian tribes name in Anatolia too. Celtic tribes from Europe came there and raided Macedonia. We shall look at Anatolia facts in saperate chapter in latter posts.

The same Bythinia of Anatolia(present day Turkastan ) latter on emerged as present day Belgium and Britain . From Galatia colony in Anatolia new Galatia (Spain) emerded in present day Iberian peninsula latter on. we shall look into Anatolia facts in coming separate chapter. Before that let us look at changing scenerio of Europe after Great Raid.
Kingdoms having Indian origin names emerged

Avanticum(Avanti of India?) : History says that the Roman settlement of Aventicum, which became the capital of the province, took place around 15-13 B.C. The name comes from the Helvetian spring goddess Aventia. Aventicum soon developed into a blooming commercial center with 20000 inhabitants. 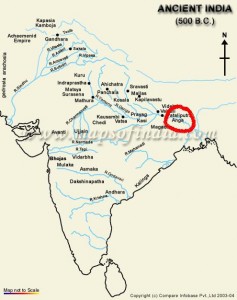 Look at ancient kingdoms of India

Angevin (Ang of India): The Andecavi (also Andicavi) or Andegavi celtic teribe ruled in Angevin. It spread in north Normandy and South Ireland. If you look at tribes map of ancient Ireland then you will find tribe names like Gangani, Causi (River in Bihar) and Cocani tribes too.These tribes have clear roots in India.

Kolyvan(Kaling of India?) : The earliest names of Tallinn include Kolyvan known from East Slavic chronicles, the name possibly deriving from the Estonian mythical hero Kalev. According to some theories the name derived from mythical Linda, the wife of Kalev and the mother of Kalevipoeg, who in an Estonian legend carried rocks to her husband’s grave that formed the Toopea hill.Karajala of Karelia rulers ruled from Kolywan .

Wettin (Vatsa of India?): Wettin is a small town and a former municipality in the Saalekries district of Saxony –Anhalt ,Germany, situated on the River Saale north of Halle.. It is known for Wettin castle, the ancestral seat of the House of Wettin, ruling dynasty of Saxony and Poland. The Wettins were a German dynastical family that ruled in Saxony, Thuringia, Poland, Great Britain, Belgium, Portugal, and Bulgaria. Their name comes from their castle on the Saale near Halle. This family rose to prominence in the 10th century with Saxony and Lusatia.

Mantua : Helevatii celtic tribe was dwelling in Aventicum and the same Helevtii tribe founded Mantua in present day Italy, .Mantua was famous for its cultural activities.

London ((Lowonidonjon) (Lau-nandan?): The city of London :(Latin: Londinium) was established by the Romans around AD 43. It served as a major imperial commercial centre until its abandonment during the 5th century. Some says that city took its name from King Lud, whom some consider a mythical king. It is believed that Lud planned the first roads in the city.
Kingdom of Hastinga (Hastinapur?) : When Aelle of Sussex came to Britain in 491, he soon forged the Saxon(Kshepaka of India) kingdom of Sussex. Soon after Ælle arrived, a Saxon tribe known as the Haestingas appeared in the southeastern region of Sussex. It is believed that they were named so after a chieftain or ruler called Haesta, as in the Old English language, Haestingas means “Haesta’s People”. Haesta by itself, however, means “violent”. The Kingdom of Haestingas was most likely very small, extending only a few leagues from the centre of their kingdom, which became known as “Haestingas”. Vikings,Saxons, Normans joined the battle of Hastinga or Hastinapur?
Some more similarity

Merwede (Marwad?):The Merwede name attached to end delta flow of Rhine river. Its etymology uncertain, possibly derived from the ancient Dutch (Merwe or Merowe) word meaning “wide water”) is the name of several interconnected stretches of river in The Netherlands. , all part of the Rhine – Meuse- Schedt-Delta. The Meuse river joins the Waal at Woudrichem to form the Boven Merwede (Upper Merwede). A few kilometers downstream it splits into the Benden Merwede (Lower Merwede) on the right and the Nieuwe Merwede (New Merwede) on the left. All these rivers are tidal. The Nieuwe Merwede joins the Bregas mas near Lage Zwaluwe to form the Holland Diep estuary, and separates the Island of Dordrecht from the Biesdoshc National Park. The Benden Merwede splits into the Noord River and Oude Maas near Papendrecht.

Means. after great raid new kingdoms having Indian origin names emrged in Europe. So it is need of the hour to Search our (Indian) ancient kingdoms emerged in Europe. Those kingdoms can connect history. It is noteworthy that Vindobona In Pannonia province emerged in 450 B.C. itself. Vindobona (Celtic/Gaulish windo- “fair/white/blessed”, bona “base/bottom”, presumably so-named from its geological/topological position, was originally a Celtic settlement, and later a Roman military camp on the site of the modern city of Vienna in Austria. Celtic and Illyrian tribes fron Pannonia took part in Great Raid.

Now let us look some more similarity in culture and names of Ancient India and emerging new Europe after Great Raid.

Tomar city : Remind us of sons of Turvasu

Surprisingly there is ancient Tomar city in portugul. It was the centre of Templar cult. According to Indian history Andhra , Dravida , Chola, Pandya and Kerala States were in Baluchistan (Pakistan) in ancient time , The descendnts of Turvasu ruled these states. Letter on they established new states in south India with same names. 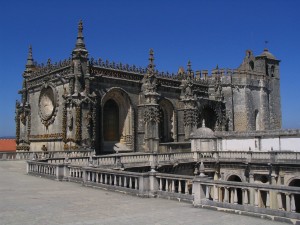 Celtic Taurini or The Taurians tribe may have their root in word “Turvasu”. The ancient Tomar city in portugul is clue to sons of Turvasu.Tomar city was the centre of Templar cult. Meanwhile Turin, in the capital of the Piedmont region, is located in the northwest area of Italy. Torino town , as the Italians call it, is a major industrial city that lies along the Po River. Means sons of Turvasu are there in Europe? They are major clue to history of Anatllia (and Troy too?), Europe and Bharatvarsha.
Taurians- sons of Turvasu ?

According to Indian history Andhra , Dravida , Chola, Pandya and Kerala States were in Baluchistan (Pakistan), The descendnts of Turvasu ruled these states. Letter on they established new states in south India with same names. Celtic Taurini or The Taurians tribe may have their root in word “Turvasu”. Surprisingly there is ancient Tomar city in portugul. It was the centre of Templar cult.

Piedmont (Italy) Or TauriniPiedmont was inhabited in early historic times by Celtic-Ligurian tribes such as the Taurini and the Salassi. They were later submitted by the Romans (c. 220 BC), who founded several colonies there including Augusta Taurinorum (Turin). The Taurini occupied the upper valley of the river Po, in the centre of modern Piedmont.
Turin, in the capital of the Piedmont region, is located in the northwest area of Italy. Torino, as the Italians call it, is a major industrial city that lies along the Po River.
Bullfight 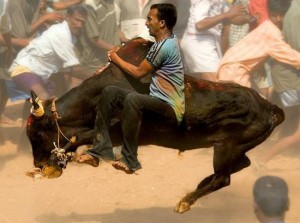 The Pandyan dynasty was an ancient Tamil Dynasty. The Pandyas were one of the four Tamil Dynasty (the other three being Chola,Chera, and Pallava), which ruled South India until the 15th century CE. The Pandyas of Southern India are believed to have been founded at least five to six centuries before the Christian Era with a very strong possibility of a more ancient date of establishment. Also, the Pandyas, along with the Cheras and the Cholas, find mention as one of the three ruling dynasties of the Southern region of the then Bharatvarsha in the very ancient (Hindu) epic of the Ramayan. 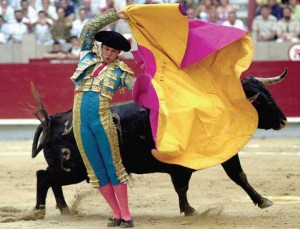 Bull fight tradition of Madrid connect it with Madurai. (Do it remind us of ancient Madra kingdom of India? Madri was mother of Sahdev and Nakul.

They are also mentioned in the Aitareya Aranyaka, and the Mahabharat, where they are (along with the Cheras and the Cholas) believed to have been on the side of the Pandavas in the Great War.Bullfight is clue to ancient Pandyian culture of south. Even today Tamilnadu arreange bull –fight every year.
Aquitani – Ashawak
Celtic Aquitani tribe??Bordeaux) reached there with Germanic celtic tribes.The term Aquitani clearly suggests the term Ashwakas. This tribe had kingdom of Navarre .
Navarre (Spanish: Navarra, Basgue: Nafarroa) is a region in northern Spain, constituting one of its autonomous communiites – the “Chartered Community of Navarre”. Its principal city is Pamplona.Is it not surprising that Poompuhar was chola capital in India?

Fir Chera – Chera ruler of India
There is “Fir Chera” Celtic tribe in europe. Wikipedia says that during the ancient period, Kerala was known as the ‘Cheranadu’. During the Sangham era, mainly three political powers reined Kerala. The southern region was under the Ay kings while Ezhimala Kings ruled the northern region. The area between these two kingdoms was the early Chera country. From the beginning of the Christian era, the Cheras were prominent. They ruled Kerala for 250 years. After the Sangham age, during the 7th and 8th centuries, the history of Kerala is in the dark. By 9th century AD, Cheras again came to power. In the coming chapter “ First blood”, we will see that Cocani tribes reached Anatolia after invasion by Alexander on India.Fir Chera ,Gangani and Cholmain (Cholla ) etc. seltic tribes in europe gives us clues to the Cocani tribes migrated to Anatolia or Asia Minor after Alexander’s invasion on Bharatvarsh. yes they were first blood of Hindustan.

Does it suggest that there was two sided migratrion ? Is it possible that After Germanic tribes migration , second wave of migration occurred at the time of invasion by Alexander ? Is it possible that after giving safe passage to people towards south In Bharatvarsha the fighters lot migrated towards west or Macedonia? And there after same peole reached Iberia ? Girivraj is still in their memory. Giron town is proof of their memory.

New Galatia emrged in Iberia after Galatia in Anatolia . Then who were Galatian ? now a days Galatia is an autonomous community in northwest Spain, with the official status of a nationality of Spain. Its component provinces are A Coruna, Lugo, Ourense and Pontevedra (Pandyan?).
Galatia Word has roots in word Kalishch. The evidence is there. The same people develop California in America. Meaning of fornia is vessel (Khappar?).
We forget our ancient terminology and they remembered each word?

Yes, “Karnataka” and “Cantabri” are synonym terms. Both means “elevated land” or “highlanders”. It is more surprising that tribes like Camarici, Cocani and Coniaci are there in catabri . Surprisingly we faid cocani tribes in Anatolia. The tribe is clear clue clue between India and Europe. We find same tribe in Ireland too. 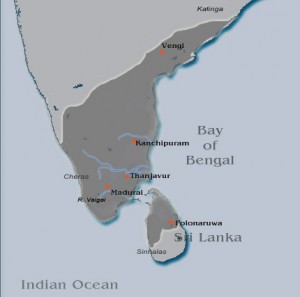 “.D’Andorra, is a small country in southwestern Europe, located in the eastern Pyrenees mountains and bordered by Spain and France.Catalan culture and language prevail in Spain, Catalonia and in Balearic islands.while Valencian language and culture prevails in neighburing Andorra.The term Andorra does not remind us of Andhra ? The term Valencian does not reminds of Vengi of Andhra?

I reguest you to remember words Cocani, Galatia and merwede particularly from this chapter. There are the words that connects Europe, Anatolia and Europe.

Chapter continues…The remaining part of the chapter will be posted shortly.