16 Janpad of ancient India- some created in Europe

Online Book –writing is going in the separate category or section named –A book : There was Ram. In present category : Aisa Bhi Hota Hai we are checking European history in Indian context. I can read that when half of Indian warriors were there in Europe , kalinga war faught and won in India. With Kalinga war Hindutva collapsed in Homeland. Kalinga war blocked their home coming form war ground in Europe. The Indian warriors then created new kingdom in Europe to which kingdom or Janpad they belonged in Bharatvarsha. 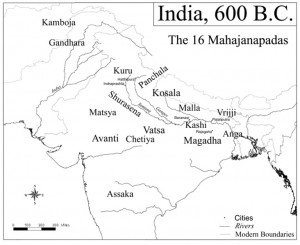 The Map of 16 Janpadas in 600 B.C. of India are clue to real history. In this section or category we shall see one by one new kingdom emerged in Europe which names had its origin in Bharatvarsha.
You enlarge the picture of Ancient India map. Look at the 16 Janpadas. There were 16 Janpadas in 600 B.C., when large scale migration commenced from Indian sub continent. They were (1)Anga , (2) Kosala (3)Kashi (4)Magdha (5) Videha (6)Malla (7)Chedi (8) Vatsa (or Vamsa) (9)Kuru (10) Panchala (11) Machcha (or Matsya) (12)Sursena (13) Assaka (or Asmaka) (14) Avanti (15) Gandhara (16)Kamboja.
Few historical date lines are also important to understand history.
I have told you already that Germanic tribes belonged to India. With historical Hypothication and Facts I signals that at time of Saviour drought in India they migrated at the bank of Danube. Now lets us look at some historical dates which are clues to history.
– 390 -387 B.C. – Germanic Gaulish tribes Senones (Shursen?),Boii (Bhoj? You check hisroty of Orrissa ,Our history says that once Boii tribe ruled there and contributed in Jagnnath temple constuction), and Linghons( The Langeh? They are a Chandravanshi Rajput tribe found mainly in the Jammu region and Himachal Pradesh and the submontaine district of Punjab in India. They are also found in Narowal, Sialkot and Gujarat districts of Pakistan Punjab. They are a subgroup within the Dogra ethnic group, and trace their descent from Lang Pal, a descendant of Karan of the MaHABHARAT fame, who is said to have settled in jAMMU in about 1350 AD. A section of the Langeh converted to Islam, and now is distinct from its parent tribe ??)sacked Rome after Battle of Allia.
– May 326 B.C. – Alexander ( Reigned 336 -323 B.c.) –Porus Battle faught near Jhelam river. It is surperising that Rome was sacked by Germanic tribes, before Alexander attacked Porus. It is more surprising that Porus belonged to Shursane tribe of Mathura , while Senones were already there in Europe in form of Galic tribe which sacked Rome.
– 279 B.C. Galic tribes saked Greece and Macedonia in leadership of Brennus and Bolgoius. Gallic groups, originating from the various La tene chiefdoms ( Dash Rajan?), began a south-eastern movement into the Balkan penindula from the 4th century BC. Although Celtic settlements were concentrated in the western half of the Carpathian basin, there were notable incursions, and settlements, within the Balkan peninsula itself. 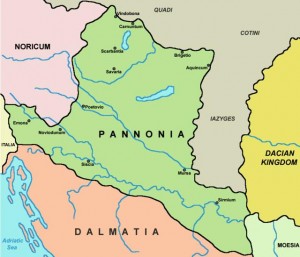 Vindobona was created in Pannonia. what does it mean?

From their new bases in northern “Illyria”(Ellavanshis?) and “Pannonia “, the Gallic invasions climaxed in the early 3rd century BC, with the invasion of Greece. The 279 B.C. invasion of Greece proper was preceded by a series of other military campaigns waged toward southern Balkans and against the kingdom of Macedonia, favoured by the state of confusion ensuing from the intricated succession to Alexander. 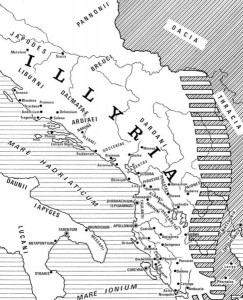 A part of the invasion crossed over to Anatolia and eventually settled in the area that came to be named after them, Galatia ( Root word of Galatia is Kalishch).
265 -264 B.C – Kalinga war faught in India. Hindutva collapsed. Ashoka Maurya or Ashoka ( 304–232 BC), popularly known as Ashoka the Great, was an Indian emperor of the Maurya Dynasty, who ruled almost all of the Indian subcontinent from ca. 269 BC to 232 BC. One of India’s greatest emperors, Ashoka reigned over most of present-day India after a number of military conquests. His empire stretched from present-day Pakistan and Afghanistan in the west, to the present-day Bangladesh and the Indian state of Assam in the east, and as far south as northern Kerala and Andhra pradesh. He conquered the kingdom named Kalinga, which no one in his dynasty had conquered starting from Chandragupta Maurya. His reign was headquartered in Magadha (present-day Bihar, India). He embraced Budhism from the prevalent Hindu tradition after witnessing the mass deaths of the War of Kalinga, which he himself had waged out of a desire for conquest. He was later dedicated to the propagation of Buddhism across Asia and established monuments marking several significant sites in the life of Gautama Buddha.

The Time line shows that half of warriors of Bharatvarsha were busy In Europe when Kalinga war faught and won in India. The event in India blocked their home coming. In the following posts we shall look at the facts –how new janpadas were created on European soil with same Indian names. They named it as Avanticum, Bohamia ( vidisha was their capital in India- vysehard in Europe. New Salva janpad (Salzgurg) ,new Kaling too. In following posts we shall look towards this facts of Indian Janpada names in Europe.