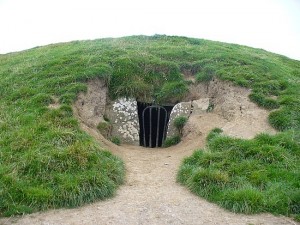 UI DRONA, descendants of Drona, the fourth in descent from Cathaoir Mor, King of Leinster and monarch of Ireland in the 2nd century; the clan-name of the O’Ryans in the barony of Idrone, Co. Carlow. The Ryans are directly descended from Drona, who was fourth in descent from Cathair Mor, founder of the Drona tribe. The O’Riains, or anglicised Ryans, were chiefs of the tribe of Ui Drona (descendants of Drona), anglicised Idrone.

Tara is a sanskrit word, meaning ‘star’. We hear echoes of her name in the Latin ‘Terra’ (Mother Earth). The Druids called their mother goddess Tara and an ancient 5 million year old saga of Finland speaks of ‘Tar the woman of wisdom’. Indigenous people of the South American jungle call their goddess Tarahumara and the Cheyenne people speak of a star woman who fell from the heavens and out of her body, life-giving food grew. She sent her people to mate with the earth people, giving them wisdom.

In indian context Like Kali, , Tara in her Hindu context enjoys blood. In her hymn of a hundred names from the Mundamala-tantra, she is called “She Who Likes Blood”, “She Who Is Smeared with Blood” and “She Who Enjoys Blood Sacrifice”.
——————————————————-

AT THE END OF THE RESEARCH

It is very mrsterious. Now we know that Tara hill is relpica of “Trihari garh” .Name and geographical look also matches. Now we come across Ui Dron tribe. Tara hill has nothing to do with Goddess Tara. It was place of High king.
Now let us look to our mythology…. Our mythology says that Drona..Guru of Kaurava and Pandava borned in Dehradun.
DRona..
In the epic mahabharata, Drona or Dronacharya was the royal Guru to Kauravas and Pandavas. He was a master of advanced military arts, including the Devastras. Arjuna was his favorite student. Drona’s love for Arjuna was second only to his love for his son Ashwatthama. He was considered to be a partial incarnation of Brihaspati.

Drona was born a Bhardwaj Brahmin, in 9000BC Dehradun. Drona implies that he was not gestated in a womb, but outside the human body in a droon (vessel or a basket).
Surringly Ronald Regan had roots in “O’Riains” Irish tribe that is ancient Ui Dron tribe.
Link