From Manu to sons of Mannus

Indian History says that There were 14 Manus. 13 Manus happen to be in Himalaya ,While 14th Manu – VAIVASWATA MANU was the last of the Fourteen Manus. After great flood he came to plain of north from Himalaya and established Ayodhya (6000 B.C.)
Now let us look at Germanic tribes.

The Germanic peoples (also called Teutonic (Tibetan ?) in older literature are a historical ethno-linguistic group, originating in Northern Europe and identified by their use of the Indo-European Germanic languages, which diversified out of common Germanic in the course of the Pre- roman Iron age. By the 1st century CE, the writings of Caesar,Tacitus and other Roman era writers indicate a division of Germanic-speaking peoples into tribal groupings centred on:
– the rivers ODER andvistrula/Weichsel (east Germanic tribe),
– the lower Rhine river (Istvaeones),
– the river Elbe (Irminones),
– Jutland and the Danish islands (Ingvaeones).
Wikipedia clearly mentions that the Sons of Mannus, Istvaeones, Irminones and Ingvaenoes are collectively called West Germanic Tribes.

Here we can see that European mythology use plural form “mannus” . Does it convey s the message about previuos 13 manus, who reined before our 14th Manu , who founded Ayodhya after great flood (jalpralay) ? If so than the detail of European mythology supports our Indian shashtras too . Our Shashtras mentions that there were 13 Manus reined in Himalaya during pre vedic and vaedic period. Means we remember only one Manu who founded Ayodhya, while Europe remember all Manus?
If we telly the above facts with our own indian history, shri J.P. Mittal mentions in his book “History of Ancient India: From 7300 BC to 4250 BC”… that…. 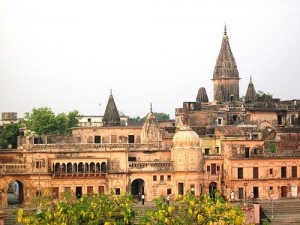 Mittal mentions in his book that Vaivaswata Manu was son of Vivasvana Manu. After the flood s he came down the Himalaya and founded new colony on Kartik Shukla Navami (November Sutyugadi)in northern plains and name it Ayodhya. (about 6000 B.C.)
Link to Mittal’s Book
wikipedia menttions that Germanic tribes rank in the number of the Gods those alone whom they behold, and by whose instrumentality they are obviously benefited, namely, the sun, fire, and the moon; they have not heard of the other deities even by report.
Now let us look at Germanic tribes mentioned above one by one.
Agnivanshi/ Ingvaeones

wikipedia menttions that Ing, the legendary father of the Ingaevones/Ingvaeones derives his name from a posited proto-Germanic Ingvaz, signifying “man” and “son of”, as Ing, Ingo, or Inguio, son of Mannus.
Does the word Ingwaz and ing not remind you of AGNI . The fire worshiper?
Let us try to check our ancient history.for clue to history. J.P.MITTAL mentions in his book “History of Ancient India: From 7300 BC to 4250 BC” that ….
AGNI” The childhood friend of Manu,came to Ayodhya,from the distant west . p.93)
It implies that Agni and Manu both were rescued form flood. Both friend had knowledge of pre -flooding vedic period. Both existed before “ satyuga”.
Does it not clear that Ingvaeones were fire worshipers living in europe? (Iran -afghanistan connection) 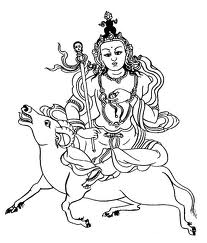 Yamavanshi/Irminons
Historian J.P.MITTAL mentions in his book “History of Ancient India: From 7300 BC to 4250 BC” that ….

“AGNI” The childhood friend of Manu,came to Ayodhya,from distant west.He told Manu that “VAIVASWATA YAMA” His (Manu’s) younger brother was alive. Agni informed that Yama went towards the mountain towards the west. On the seashore he founded a lot of dead bodies. The floods and then the epidemic, which followed had taken the lives of all the residents of that place.He called it Mrutulok .On seashore Yama founded two colonies named Swarga and Narka..He ruled from there according to religious traditions.Manu was happy to learn the well being of his yopunger brother Yama.” (p -93)
Yes, ancient history of India says us that Yama, younger brother of Manu ( Founder of ayodhya) was saved in flood and went towards the west. On the seashore he found a lot of dead body . He called it Mrutyu lok . On the seashore Yama founded two colonies named Swarga and Narka He ruled from there.
It implies that Yama , the younger brother of our Manu who founded Ayodhya also rescued in flood. Manu was well aware about this facts.
To check the further truth we have to go deep into the geography of Sweden.The swidish form of word Sweden is “Sverige”. Even today there is province named “Narke” in Sweden. Yes Narke is a traditional Swedish province in middle Sweden.
Does it implies that the existence of Irminones in Europe also prove our own Indian shashtra?Read more about Sweden on wikipedia. It will unfold ancient history of Bharatvarsha.
– Does it means that Yama worshipers are called Irminons? Irminons live in Europe in form of Goth people. After all Our Indian history says that Manu (Ayodhya) and Yama (present day Sweden) were brothers. After great flood both brothers were at dfifferent continents of The world in 6000 B.C. itself.We can forget this facts,but how can Manu and Yama forget? After all they both were brothers.

The name Irminones comes from Tacitus’s “Germania” (98 AD) who categorized them as one of the tribes of Mannus.(Naturally 14th Manu and Yama were sons of 13th Manu according to our Indian Shashtra )Other west Germanic proto-tribes were the Ingvaenoes (Agnivanshis) and Istcvaeones, all of them living in the “Central region” of Germania. 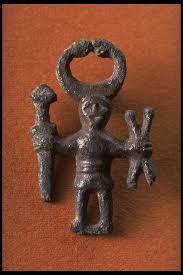 If we check wikipedia ODIN connects Irminones and YMIR.
Old tales I remember | of men long ago.
I remember yet | the giants of lore
Of old was the age | when Ymir lived;
No Sea nor cool waves | nor sand there were;
Earth had not been | nor heaven above,
Only a yawning gap | and grass nowhere.
Odin and his brothers used Ymir’s lifeless body to create the universe.

Etymology
Analysis of different Indo-European tales indicate the Proto-Indo-Europeans believed there were two progenitors of mankind: *Manu- (“Man”; Indic Manu; Germanic Mannus) and Yemo- (“Twin”), his twin brother. The latter, like Ymir, was sacrificed and carved up by his brother to produce mankind.

yes ,the book “kafirs of Hindukush” gave me clue to everything. Kafirs were fighting at the very gate of India for 1000 years. Book says that kafirs were worshiper of Imra . Why Yama worshipers were fighting for saving Indian land? I found Kafir “Viron” tribe who were fighting at the very gate of India until 1896. While there is Viron tribe in todays Estonia. (For further detail pl look at Photo gallery category of this blog.)
Awasthya/ O’vateis / AVESTA
Yes Manuvanshis are dwelling in Europe. The proof is on surface itself. It is very much before our eyes, but we never care to look at it. Mittal’s book even gives clue to facts. Mittal mentions that…..”One day Manu was training some youths in the use of weapons. A man called “AVASTHYA” came from Amaravati. Manu called a meetring with him so that new rules could be framed for the society (p-93) (That is Manusmruti)

It implies that “AVASTHYA” was also existed before flood and he was rescued in great flood. Manu, our first Ruler of ayodhya establish rules for the society after consulting Avasthya. Does it mean that Manu and sons of Manu ever rely upon Avasthya for society rules?Avasthya is ancient entity, who knows “ daivik culture” of vedic and pre- vedic period ?

There is existence of O’vateis in europe too . O’vateis belong to Druidic tradition of Europe. Today’s Vatican is outcome of this word O’vateis. Entire European society is following him.does it mean that Manu and sons of Manu ever rely upon Avasthya for society rules?Avasthya is entity who knows about “ daivik culture” of vedic period .We have to remember that the name of the Holy book of Parasi community is “AVESTA”. Means Avasthya who came to Ayodhya ever remain central figure in Aryan religious tradition. Avesta and O’vateis is clue to this fact.
Where is our Avasthya?

J.P.MITTAL also mentions in his book that …..”Manu thought that he should do something , otherwise the Deva’s culture will vanish from Ayodhya. Manu was worring to carry Deva’s culture after great flood. His all action was outcome of this anxiety. Only to save Deva’s culture he established rules for the society after consulting Avasthya .
O’vateis /avesta and avasthya is same spiritual force? And we totally forget our Avashthya? World remembers him? Wikipedia says that Strabo, writing in the 20s CE, declared that amongst the Gauls, there were three types of honoured figures: (1)the poets and singers known as bardoi ( don’t it reminds you of our Chand Bardai?), (2)the diviners and specialists in the natural world known as o’vateis,(Avasthya?) and (3) those who studied “moral philosophy”, the Druidai (Druv?).

In Celtic Druid religiuos Tradition o’vateis was playing very important role. o’vateis were pillars of religious as well as social structure. “Vatici ” celtic tribe was pulling ancient religious tradition ..Vatican in Rome derived its name from Vatici tribe . “Vates” is a short form for the word “ o’vateis”. The VERY WORD “vates” LEADS US TO VATICAN..IT IMPLIES THAT STILL “o’vateis”(Avasthya?) is religiuos head of Europe.
We have to recall that Manu of Ayodhya decided rules for the society after consultation with “ Avasthya” We have to recall that name of the religuos book of the Parsi or “ Fireworshipers” is “Avesta”. We have to recall that religiou headqurter of Europe Vatican has its root in the word “o’vateis”. Don’t you feel similarity between the words Avasthya ,Avesta and O’Vateis ? Does it not imply that sons of Manus of Europe and Manu of Ayodhya have connection? Don’t you feel that “Ingvaeones” stand for Agnivanshis and Irminones stands for Yamavanshis?
Manus and sons of Mannus taking religious guidance from the same devine force? 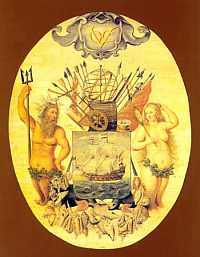 Have you ever try to look at the picture of “ Coat of arms of Deutch East India compnamy”? There was picture of Shiv and Parwati in logo of the company. Explaining meaning of Sweden Wikipedia mentions that previously it was pronounced “Swihoniz meaning one’sown” (Shivoham or soham?). They came out with symbol of Shiv and Parvati but people failed to recognise them . Menas Dietsch ,Deutsch and Sanskrit word Devashcha are synonym word?

Mittal mentions that Manu had to bear the attacks from other tribes. He saught help from Indra who ruled Amaravati. Indra send Buddha the son of Chandra with some deva to Aydhya. (P-93)
Buddha wanted to marry Ella,the daughter of Manu. He was allowed to marry her. Buddha founded his kingdom in Pratishthan near Allahabad, his successors were called chandravanshis. They were also called Illavanshis too.In ancient Europe Illyrians teribes were there.

Mittal mentions in his book that – VAIVASWATA MANU – was the last opf the fourteenth Manus. He had nine sons (1) Iksvaku (2) Narga (3) Sharayati (4) Dhrsta (5) Karusha (6) Narishyanta (7) Prasadhara (8) Nabh Nedishta and (9) Pransu. Manu had daughter named Ella.
Among these nine sons we remember only Iksvaku , who founded Sunline dynasties of Ayodhya. His successors were called Suryavanshis. We shall discuss Iksvakunanshis in Europe in another article.

For further detail pl. look at Article named “From Ikshvaku to Istvaeones” .