Kharavela rulers of India and kaRelia rulers of Finland has connection?

Herewith we shall look into the possibility of connection between Karelian rulers of Finland and Kharvel rulers of Kaling. I think deep research is needed in this direction.I am putting some random facts from wikipedia. One can compare the facts. I have mentioned Tavastians of Finland and Estonia . Now herewith facts about ruler clans.
link to Karelians
Kalinga

Kalinga was an early state in central-eastern India, which comprised most of the modern state of Orissa/Utkal (pronounced as Odisha), as well as the Andhra region of the bordering state of Andhra Pradesh. It was a rich and fertile land that extended from the river Damodar/Ganges to Godavari and from Bay of Bengal to Amarkantak range in the West.The region was scene of the bloody Kalinga War (265-264 BC)fought by the Maurya Emperor Ashoka the Great of Magadha circa 265 BCE.Kharavela was the warrior emperor of Kalinga
Kalinga is mentioned in the Adiparva, Bhismaparva, Sabhaparva, Banaprava of Mahabharata. Kalinga King Srutayu is stated to have fought the Mahabharat war for the Kauravas. 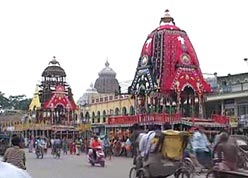 Kharabela (Aira Maha-Megha-Vahana Kharavela) (193 BC – after 170 BCE) was the greatest emperor of the Maha-Megha-Vahana Dynasty of Kalinga (present-day Orissa state of India). The Chedi dynasty of Kalinga under the kingship of KhrabeLa ascended to eminence and restored the lost power and glory of Kainga, which was subdued since the devastating Kalinga war with Ashoka. Sampa was capital of Kalinga.
Sampa and Sampo
(There is Film named Sampo in Russian and finish language. you pl read about the film. I am providing link to it. Link to Film

(A book -Kalevala mythology By Juha Pentikäinen Page 32 also give detail of Sampo. Check whether there is similarity between Sampo and capital city of Kalinga Sampa .Here I am providing link to book)
Link to book
Etymologically, the name Kharavela is the Prakrit transformation of Sanskrit word Ksharavela . 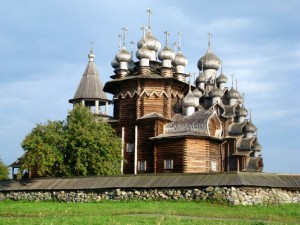 Finnish Karelia was a historical province of Finland, now divided between Finland and Russia, often called just Karjala in Finnish. The eastern part of this chiefly Lutheran area was ceded to Russia after the Winter War of 1939-40. This area is the “Karelia” of the Karelian question in Finnish politics.
Link
Finland consists of 19 regions called maakunta in Finnish and landskap in Swedish. The regions are governed by regional councils, which serve as forums of cooperation for the municipalities of a region.
Within present-day Finland, Karjala refers to regions of South and North Karelia
Kolyvan

In 1154 Tallinn town called Qlwn or Qalaven (possible derivations of Kalevan or Kolyvan) was put on the world map of the Almoravid by cartographer Muhammad al-Idrisi who described it as a small town like a large castle among the towns of Astlanda. It has been suggested that the Quwri in Astlanda may have denoted the predecessor town of today’s Tallinn.
The earliest names of Tallinn include Kolyvan known from East Slavic chronicles, the name possibly deriving from the Estonian mythical hero Kalev.
Kalevala -Epic Hero of Finland
The Kaleval ) is a 19th century work of epic poetry compiled by Elias Lonnort from Finnish and Karelian oral Folklore and Mythology.
It is regarded as the national epic of Finland and is one of the most significant works of Finnish literature.. The Kalevala played an instrumental role in the development of the Finnish national identity, , the intensification of Finland’s language Strife and the growing sense of nationality that ultimately led to Finland’s Independence from Russia in 1917.
The first version of The Kalevala (called The Old Kalevala) was published in 1835. The version most commonly known today was first published in 1849 and consists of 22,795 verses, divided into fifty songs (Finnish: runot). The title can be interpreted as “The land of Kaleva”. 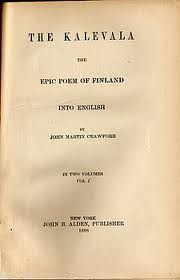 Kalevala does not remind you of Kharvala rulers of Ofissa?

The Chronology of this oral tradition is uncertain. The oldest themes (the origin of Earth) have been interpreted to have their roots in distant, unrecorded history and could be as old as 3,000 years. The newest events (e.g. the arrival of Cheristianity) seem to be from the Iron age. Finnish folklorist Laatle Krohn proposes that 20 of the 45 poems of The Kalevala are of possible Ancinent Estonian origin or they at least deal with a motif of Estonian origin (of the remainder, two are Ingrian and 23 are Western Finnish).
Now read the epic patiently.It is clue between Kalinga and Kalevala ? Check yourself that whether Half of the Kalinga warriors were busy in Europe when Kalinga collapsed ?
Link to epic

At the end of the research

Kampilya and Koli
We find here Kuru ,Sat kunta region and Virrata too. It syas the story of Kuru -Panchala alliance.

Kampilya was the Capital of the Panchala Kingdom ruled by Drupada during Mahabharata period. It is mentioned in Mahabharata that when Pandavas were in exile and staying at place called Ekachakra (Etawah, Uttar Pradesh), they came to know that Drupada, King of Panchala, had announced the Swayamvara of his daughter Draupadi. Then they came to Kampilya (Kampil ,Uttarpradesh), the capital of Drupada.
The historian Thakur Deshraj has mentioned that the people of Kampilya were later known as Koil. The Koil people came from Kampilya and founded the city known as Kampilgarh, situated south east of Ganges. The town of Kampilgarh later became popular as Koil which is now Aligarh.
Shri Nagendranath Basu has mentioned in ‘Bangla vishva kosha’ that jats seized Ramgarh in 1757 AD and named it Koil. This was later taken by the Maratha who appointed a Frenchman named Piran as administrator of this place. Koil is also mentioned in an old folk-song ‘Rag dhola’ which tells about Fool Singh Punjabi Jat as its ruler. This place was also ruled by Maharaja Surajmal;a of Bharatpur for some time.

Link to Kampilya ,capital of Panchala

Journey of Pandava from Kampilya to Hastinapur

Pandavas travels from Varanavata, up to Kampilya wandering in various kingdoms and places like Ekchakra is mentioned in the article:-Varanavat to Kampilya. At Kampilya they married princess Panchali, the daughter of Panchala king Drupada. This alliance made them very strong. They got the support of king Drupada and his powerful allies and friends who were all wealthy and having huge armies. The Vrishi Yadava to united with the Pandavas at Kampilya, represented by Krishna and Balram. Due to all these, Kuru king chose to invite the Pandavas to Hatinapur.

Link to facts of Pandava journey

Varnavat (Or Barnavata) was place where Laksha grah was build to Kill Pandava .

The Koli people are historically an ethnic group native to Rajasthan ,Himachal prsdesh ,Gujarat ,Maharashtra ,Uttar Pradesh and Haryana states.
The Kolis of Gujarat intermixed with Rajputs due to the practice of Hypergamous marriage, which was commonly used to enhance or secure social status as, for example, with the Maris and Nambudri Brahmins of Kerala. Some Kolis had also once held small Princedoms before the British Raj period and some were still significant landholders and tenants in the twentieth century, However, most Kolis had lost their once-equal standing with the Patidar community due to the land reforms of the Raj period and, for example, most Kolis in the Saurashtra region of Gujarat were still occupied as agricultural labourers or tenant cultivators in the 1990s.

M?ri also known as Mariamman and Mariaai, both meaning “Mother Mari”, spelt also Maariamma: or simply Amman or Aatha, “mother”) is the South Indian Hindu goddess of rain. She is the main South Indian mother goddess, predominant in the rural areas of Tamil nadu ,Karnataka ,Andhra Pradesh and Maharashtra. M?ri is closely associated with the Hindu goddesses Parvati and Durga as well as with her North Indian counterpart Shitaladevi. Goddess Mariamman and Goddess Kali are closely associated with each other. Mariamman is a form of Durga who took the form of Kali.
In ancient Tamil, the word which has lost its roots in usage ‘Maari’ would mean rain and ‘amman’ would literally mean mother but here “mother nature.” She was believed and worshipped by the ancient Dravidian people to bring rain and hence prosperity to them as their vegetation was mainly dependent upon rain. The goddess was not a local Deity, connected to a specific location, close to a certain tree, a rock or a special spot, but worshiped throughout the Dravidian nation. The form of the goddess is only the brainchild of human curiosity through the ages of civilisation. According to some sources, Maariamman is the same as Renuka or Yellamma and even Sri Chowdeshwari Devi. Sri Thailuramma Devi, Huchamma Devi, Manchamma Devi, Chwodamma Devi or Chowdeshwari are a few considered elder sisters of Maariamman
One story about the origin of Maariamman is she was the wife of Thiruvallavar, the Tamil poet, who was a outcast. She caught smallpox and begged from house to house for food, fanning herself with leaves of the neem or Margosa tree to keep the flies off her sores. She recovered and people worshiped her as the goddess of smallpox. To keep smallpox away, neem leaves are hung above the main entryways of South Indian homes.
The Tamil word Muthu means pearl and hence in the ancient usage of the language ‘Muthu Maari’ was a celebrating, poetic way of telling the rain falls in droplets which were related to pearls given by the nature god for property. Maariamman was also called ‘Muthu Maariamman’ which meant the goddess who gives prosperous rain. This was wrongly connected to the pearl-like small form of the boils that occur during Chickenpox. (Worship could have started due to the fact that chickenpox is a result of extraordinary heat in the terrain[and to give rain and save from the disease, but there are no proper evidences to prove this view.)

second link to Goddess ReEnuka.
———————————
AT THE END OF RESEARCH
WE FOUND THAT SLAV PEOPLE HAS ROOTS IN SHALIHARA DYNASTY OF SINDHUDURG DISTRICT. SWEDISH PEOPLE HAS CONNECTION WITH SAWANTWADI. KARELIAN HAS CONNETION WITH KERALA AND KARJALA IS KONKAN SEA BELT NAME. NOW IT IS VERY EASY TO CONNECT KOKAN AND CAUCASUS…!