Here I am posting chapter -1 to the coming online book – There was Ram. Again I want to remind you that all the chapters will be posted online on this site itself. Follow me and oblige.

“Where is the Shahi dynasty with its ministers,
its kings & its great grandeur…
The very name of the splendour of the Shahi kings has vanished.
What is not seen in a dream, what even our imagination cannot conceive, that dynasty accomplished with ease.” 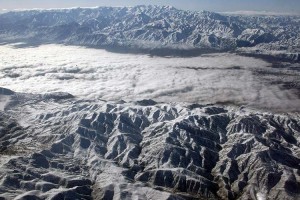 I was searching Afghanistan on internate. I travelld accross khyber pass once or twice with help of Google earth.I did road journey from Peshawar to Kabul on net . Gorgious mountains ever thrill me. khyber have very difficult terraain .

“Fear thy name is khyber”.
Hinudukush and surrounding regions were once called UDHYAN (in Sankrit ),means GULISTAN or GARDEN . These are the words , around which world history rotates. Even today Afghanistan valley’s names carry suffix like “ Gull”. Veda ,Puran were written in Udyan pradesh. Latteron Persian influence changed the word “Udyan” to “Gul “ and “Gulistan”. Nowadays the same Udyan or Gulistan region is bubling with conflict , war and bloodshed. I was observeing native’s warstyle since long. I ever felt something like “ ANCIENT ARMY”( ADI SAINYA ) boubling there.

They are the people who want to survive in this GULISTAN at any cost. In fact they have paid lot for their survival. They are long sufferers…! For long they feel that destiny ever cheated them. This purticular feelings of “ being cheated by destiny” make them more and more bitter and fierce. They gambled lot for their survival in Hindukush. In this gambling game for survival once they choose to loose their religion but saved the race ! During course of search I found that now a days they feel that they have nothing saved to loose. …ya ,they feel empty…!
Purticularly , Kafirs of Hinduksh captured my full attention.The kafirs faught for thousand years at very gate way of Bharatvarsha. They wanted to save Capisa province at any cost . They had European look but were followers of Vedic rituals. Utah priests were defening and worshiping their Gods even in the time of crisis.
During this search of Afghanistan I come across facts that there was large scale migration from the area in ancient time. The European look of Kafirs diverted my research towards Europe. I started searching Kafir tribes in Europe. During my research different silence voices whispered into my ears. This book is product of the silence voices I listened to.

I listened carefully to those silence voices , got clues from it and proceed further.
Whispering by silence voices in my ears said that people of Hindukush as well as of Indian subcontinent forget their ancestors who migrated long before Islamic invasion. suddenly I come to know that people in Indian subcontinent claims their homelands but forget their ancestores. Even they deny to recognise them. This is the cause of conflict.
Hindukush whispered into my ears that Afridis were last to be converted and so called “ kafirs” resisted untill 1896.

Yes ,the people of ancient Gandhar cheated by destiny for so many times. They thought that “Ram” never turn up to save them. They loose the trust. In fact the treacherry ,agony and long suffering of 1000 years make us dumb and deaf. The people of Indian subcontinent loose their memory.In fact Ram was ever there to save them (rather to save us).
Did we declined to recognise Ram…. The true God of Gandhar and Hindustan?

yes silence voices whispered into my ears ,compel me to think in this direction. 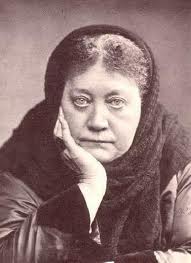 Noted Theosophist Helena Petrovna Blavatsky whispered into my ears and signals connection between Basque (spain -Portugal) and Dravidian races of India. She whispered that….

“According to Farrar (Families of speech) the isolated language of Basques has no affinities with the other languages of Europe , but with the aboriginal continent of the vast opposite continent(America) and those alone.
Palaeolithic European man of the Miocene and pliocene time
was a pure Atlantian , as we have previously stated .The Basque are , of course , of a much latter date than this but their affinities ,as here shown , go far to prove the original extraction of their remote ancestors.The mysterious affinity between their tongue and that of “dravidian races of India” will be understood by those who have followed our outline of continental formation and shifting. ” (The secret doctrine, Volume 1. page -790)

Book link to the secret doctrine-

Noted author Matthew Arnold also whispred to my ears through his book “Celtic Literature” . He expressed his worries for origin of celtic culture and language.

“The bent of our time is towards science ,towards knowing things as they are ; so the celts claims towards its genious and its work fairly treated ,as object of scientific investigation ,the saxon can hardly reject. when this claims are urged simply on their own merits,and are not mixed up with extraneous pretentions which jeopardise them .What the French call the , the science of origin , a science which is at the bottom of all real knowledge of the actual world ,and which is everyday growing in interest and importance is very incomplete without a thorough critical account of the celts , and their genius , language and literature.” (P-24)
Booklinkto Celtic Literature

Suddenly EDWARD DAVIES, RECTOR OF BISHOPSTON, IN THE COUNTY OF GLAMORGAN, AND AUTHOR OF CELTIC RESEARCHES. whispered to my ears an unique truth through his book “ THE MYTHOLOGY AND RITES OF THE British Druids” .His book whispered that “King to Isle of Man” belong to Capys.Bard to the king announce this fact before 2000 years, in his poetic personification to KIng.

“In the name of the God Trinity, exhibit thy charity ! A numerous race, of ungentle manners, ‘ Repeat their invasion of Britain, chief of isles : Men from a country in Asia, and the region of CapyS ; J A people of iniquitous design : the land is not known That was their mother. They made a devious course by sea. In their flowing garments, who can equal them ? With design are they called in,with theiir short spears, those fqes.”
book link to THE MYTHOLOGY AND RITES OF THE British Druids