Meanwhile author Godfrey Higgins’s book “The Celtic Druids” gives detail about Druidic tradition of Europe. Back page of the book clearly mentions that ….
“ British Archiologist and author sir Godfrey Higgins (1772-1833) was rumoured to be a Freemason and was even allegedly a chosen chief of the Order of Druids. Back page of the book mentions that….
Called by the author “ An attempt to show , that Druids where the priests of Oriental colonies who imigrated from India” and also that they were “ the builders of Stonehenge, of Carnac , and of other cyclopean works , in Asia and in euorope.”
Book link toThe Celtic Druids 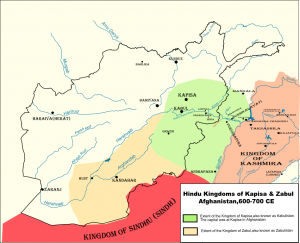 Kabulshahi kingdom at the gate way of India

Benjamin W. Fortson whispered to my ears and put big quetion mark before origin home of Indo -euroean race. Through the book “Indo-European Language and Culture: An Introduction “ he whispers that….
“No issue in Indo-european studies has aroused more controvercy or popular interest than determining the place the proto -indo- european called the home.The variety of different suggetions put forth – some of them quite outlandish – is enormous.As J.P.mallory writes in his book In search of the Indo-europeans (p.143)
“ we begin our search for the homeland of the Indo -Europeans with the deceptively optimistic claim that it has already been located.For who would look further North than Lokmanya Tilak and George Biedenkapp who traced the earliest Aryans to the North pole? Or who would venture a homeland further south than North Africa , further west than Atlantic or further east than the shores of Pacific, all of which have been seriously proposed as cradles of indo -europeans?This quest for the origins of Indo -Europeans has all the facination of an electric light in the open air on a summer night : it stands to attract every species of scholar or would be savant who can take pen to hand.It also shows remarkable ability to mesmerize even scholars of outstanding ability to wander far beyond the realms of a reasonable speculation to provide yet another example of acedemic lunacy.” (page-2)

Noted author Isaac Taylor also whispered into ears. In his work “The origin of the Aryans: an account of the prehistoric ethnology ” author mentions that ..
“Adelung the father of comparative phylology , who died in 1806, placed the craddle of mankind in the valley of Cashmere, which he identified with paradise. To Adelung we owe the opinion , which has prevailed so widely, that the human race originated in the East , the most westerly nations , the Iberian and Celts, must have been the first to live the parent hive.”(page -9)
He also mentions that…..

– “In the following year (1848) this opinion recieved the powerful support of Jacob Grimm , who calmly lays it down as an accepted conclusion of science,which , “ few will be found to quetion , “ All the nations of Europe migrated anciently from Asia , in the vanguard those related races whose destiniy it was through moil and peril to struggle onwards , their forward march from east to west being promped by an irresistible impulse , whose precise cause is hidden in obscurity. “(page -11 )

In the same book author whispered that….

“In 1859 professor Max Muller , in his “ history of ancient litterature” , adopted with sundry poetic Embellishments, grim’s theory of “ the irresistible impulse ”. “ The main stream of Aryan nation” , he says, “ has always flowed towards the North -west. No historian can say us by what impulse those adventures nomades were driven on through Asia towards the isles and shores of Europe .. . But whatever it was ,the impulse was as irresistible as the spell which in our own times sends the celtic tribes towardes the prairies and , or regions of gold across the Atlantic. It requires a strong will , and great amount of inertness , to be able to withstand such national or rather ethnical movements. Few will stay behind while all are going . But to let one’s friend s depart and then to set out ourselves – to take a road which , lead where it may , can never lead us to join those again who speak our language and worship our god – is a course which only men of strong individuality and great self – dependence are capable of pursuing . It was the course adopted by the southern branch of Aryan family – the brahmanic Aryans of india and the Zoroastrians of Iran.” (p-11)
Link to Issac taylor’s book

All these conflicting whispering silent voices puzzled me. “ THE
MYTHOLOGY AND RITES OF THE British Druids” whispers one truth and at the same time lamenting voice of Kalhan in his historical poetic work “Rajatarangini” whispers another fact.Capisa and Capys was central theme. It was Udyan pradesh mentiond in our ancient scripture. The valley of Capisa still holding names carrying suffux “Gul”.

The echo of Kalhan’s following lamanting voice ever hounted me throughout research.
The 12th Century historian of Kashmir kalhana eloquently describes the ruling house of Kabul as below,

“Where is the Shahi dynasty with its ministers, its kings & its great grandeur…The very name of the splendour of the Shahi kings has vanished. What is not seen in a dream, what even our imagination cannot conceive, that dynasty accomplished with ease.” 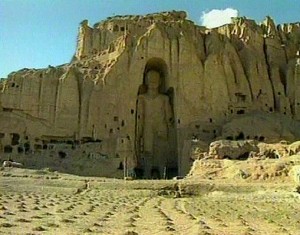 And lastly one more lamenting silence voice whispered in to my ears filled me with sorrow and pain. Recalling the kings of Kabul and Zabul, the Voice whispered that. ..

‘Thus were the great defenders of the gates of India, the kings of Kabul and Zabul, whose name has been all but forgotten by an ungrateful people. These were men of peerless courage and a soul of steel forged in the fire of war. They were the sword arm of Dharma, defending the land of the Bharatas against those who would seek to defile it by their touch.
These glorious names have not been forgotten by history, but only pushed into the shadows.”
These conflicting silence voices whispered into my ears compels me to write this book. In coming pages we shall try to analyse these voices and will try to put the historical thread in straight line. I request you all to join the academic excrcise and oblige.